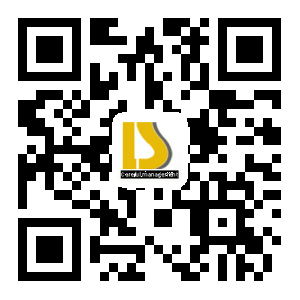 Clothing fashion: the impact of communication technology on fashion

[Abstract]:
The magazine was able to quickly spread the latest fashion trends around the world. In 1627, Paris founded the world's first magazine, "The Merry Messenger," which spreads the fashion of Paris and the
(1) Time Popular Magazine
The magazine was able to quickly spread the latest fashion trends around the world. In 1627, Paris founded the world's first magazine, "The Merry Messenger," which spreads the fashion of Paris and the Versailles. In the 19th century, fashion magazines began to be distributed in France and the United Kingdom. These magazines use the renderings and appreciation to make the latest popular ideas broadcast from France and Britain to the world. Apparel manufacturers produce these popular styles with the best fabrics they have. Currently, the world's authoritative clothing magazines such as "vogue" are models. Famous for fashion photos, other such as "ELLE", BRAZZER, "L'OFFICIEL" and Japan's "Garden" are the most popular fashion magazines in the world. China's fashion magazines were mainly published in the 1980s (see Table 6-3).
The role of popular magazines is multifaceted. As a popular publisher, editors focus on marketing trends at home and abroad, choosing and specializing in newsworthy styles.
a. As a popular influencer, editors often work closely with apparel manufacturers to actively communicate production and market information to provide products that readers can accept.
b. Participate in apparel advertising campaigns or other services by keeping in touch with the circulation industry, disseminating popular or distinctive clothing styles in the market and providing advice and evaluation of fashion trends.
c. Fashion magazines not only provide information about the style of the clothing, but also provide information on the producers and sellers of these styles, and report on the life dynamics of consumers.
The editors of fashion magazines usually choose popular clothing or accessories, publish relevant interpretation articles and photos, and publish information about designers, manufacturers and retailers, that is, to promote the production of manufacturers, the circulation of goods, and the purchase of consumers. The effective transmission and feedback of product chain information has created a popular trend. Because popular magazines know no borders, popular information can be quickly and timely transmitted to all countries. This is an important reason why young people in the world are not wearing differently. .
(2) General magazines and newspapers
In many general magazines, there are also reports about the popular, and the newspaper is suitable for all kinds of people to read, low cost, quick and timely information, and regional specificity. The editors of these media view the popular from the public's point of view, and choose young mothers. Professional women, athletes, business managers or special public and other interested content, professional fashion newspapers try to meet the needs of the fashion industry to obtain timely information in the industry, clothing professionals or managers will subscribe to one or several long-term A variety of professional newspapers or periodicals to understand the various dynamics and market reactions in the fashion industry, such as popular information release, fashion show reports, editorial recommended popular products, celebrity star's latest appearance, market dynamics of major brands, corporate management The way, the supply and demand information of production materials, etc., these publications are often divided into many professional layouts according to the characteristics of information.
Almost all newspapers have popular information reports, but they vary in size and size depending on the readers and the purpose of the newspaper. A newspaper in the "New York Times" special issue may have experts who report on Paris fashion conferences and news reviews, and a small newspaper. It may just be mentioned in the women's column.
The Women's Weardaily, published in the United States in 1960, is currently the world's recognized authoritative fashion newspaper, which mainly reports the popular styles, market trends, fashion trends, and news of the clothing and social circles. It's also because editors criticize the works they can't agree on on the front page, and even decide or influence which designers are leading the season, and designers will be eager to refer to this to determine if they are doing it right. Sometimes even because the newspaper criticized certain works, the designers concerned dismissed the idea of ​​holding a press conference.
Domestic time newspapers such as "China Fashion News" in the "Economic Grand View Garden", "Enterprise World", "Industry Wide Angle" and other aspects of the domestic apparel industry status and development and industry dynamics, "Clothing Times" of the "industry companies The "commercial" and "market" layouts provide comprehensive coverage of the Chinese garment industry and trade.
(3) Professional publications
Professional publications only face the release of information, fashion trends, and awareness of the fashion industry in the field of apparel production or retail, to obtain the opinions and insights of various experts.
Previous article:
What changes have been brought to the apparel industry by small programs? Apparel applets have been developed into potential ent